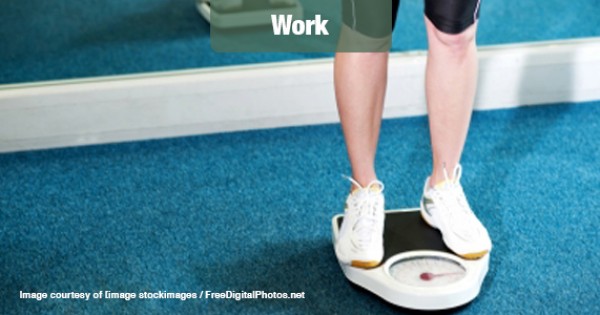 Americans may be working harder than ever, but many feel they are nonetheless gaining weight while on job, according to a new survey.

CareerBuilder said that that 55% of the respondents to its latest survey of U.S. workers categorize themselves as overweight, with 39% saying they’ve gained weight at their current job.

Nearly one-in-five of those surveyed felt that fit and thin workers are better treated in the workplace, but that didn’t stop 21% from putting on more than ten pounds while on the job. Nine percent said they put on more than 20 pounds while at their current job.

Being the boss doesn’t necessarily equate with fitness, either: a full 44% of workers in management roles complained of gaining weight on the job, while only 38% in non-management roles did.

When broken down by industry, the survey reveals that IT workers are the most likely to have gained weight while at their current jobs (50%), followed by government workers (48%) — and those who work in financial services (46%), health care (42%) and professional and business services (42%).

So, what does CareerBuilder suggest workers do to avoid packing on the pounds at work? Well, beyond the standard admonitions to avoid eating treats and to pack a healthy lunch, the firm says that workers need to exercise regularly.

Many companies actually encourage regular exercise: 28% of those surveyed reported that their companies provide gym memberships or other wellness benefits.

However, 9% said they didn’t know whether their company offered these perks. CareerBuilder suggests that workers check into their company benefit plans, and see if their company is willing to support a commitment to regular exercise.