Women Love Their Side Hustles, According to Survey 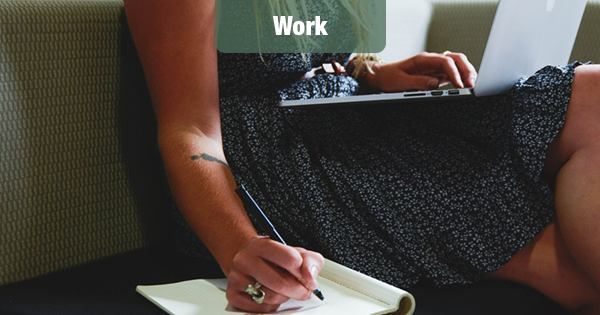 A new survey of more than 1,000 women with side hustles reveals that the top three reasons women choose independent work are: flexibility (44 percent), income (38 percent) and entrepreneurship (25 percent).

Commissioned by baby gear rental service and marketplace BabyQuip , apparel company Ruby Ribbon and babysitter app and website UrbanSitter “Women in the Gig Economy 2018” provides an in-depth look at a cross section of women who make income working side hustles either as their sole source of income or as a complement to full time work.

The findings show that the majority (95 percent) of women with side hustles find the work fulfilling and nearly a third (32 percent) say they plan to continue doing independent flexible work forever.

The gig economy is steadily reshaping the workforce as evidenced by the May 2018 Gig Economy Index, which reported that roughly 40 percent of the U.S. workforce makes 40 percent of its income through gig work.

“Women in the Gig Economy 2018” sought to examine the landscape as it pertains specifically to women who have chosen side hustles to earn supplementary or primary income. The resulting data creates a snapshot of how and why women gig in 2018.

When asked why they choose to side hustle, “flexibility” was the most frequent answer, with 44 percent of women indicating it is one of the primary reasons.

More specifically, when rating how important various aspects of their gig economy work was to them, 65 percent of respondents indicated flexibility is “extremely important,” with another 30 percent saying it is “very important.”

In all, flexibility is important to 95 percent of respondents. What’s more, women with children under age 5 were more likely to select “more time with children” (54 percent), another form of flexibility, as the reason they gig.

“Even in an era of historically high employment, women are choosing a side hustle,” said Anna Zornosa, CEO of Ruby Ribbon. “In spite of the growing demand for full-time workers, these findings indicate that women are going to continue with their gig economy jobs, which offer them fulfillment and flexibility, as well as a satisfactory income.”

While flexibility is the leading reason women report they gig, income is a close second. Overall, 38 percent of women indicated they side hustle to “earn a good income.”

When asked to rate how much importance they place on various aspects of their side hustles, “earning money” was most likely to be rated “extremely important” (66 percent).

Women were most likely to report they gigged between 5 and 9 hours a week.

Most women reported they are either “somewhat” satisfied (56 percent) or “extremely” satisfied (20 percent) with the money they earn.

Only 12 percent of women report being dissatisfied with their earnings.  The survey found that women who have been doing this work for 3 or more years enjoy higher earnings, with 59 percent earning $500 or more and over a third (36 percent) earning over $999 per month.

Women most commonly report that they use their side hustle earnings to cover general household expenses like mortgage and rent, car payments and food costs.

The survey also found that most prefer to have an independent contractor relationship with the company that provides their side hustle opportunities (61 percent), rather than being traditional employees (12 percent).

Entrepreneurship was the third most popular answer (25 percent) to the question asking participants why they gig. More than half of the women surveyed (58 percent) rated “build my own business” as being “very important” or “extremely important.”

Additionally, respondents value the skills they are acquiring through their side hustles with 72 percent of women acquiring “customer service” skills and just under half learning various marketing skills, including sales (44 percent), marketing and advertising (43 percent), social media marketing (42 percent) and public relations (41 percent).