Will the U.S.A. Finally Get a Raise? 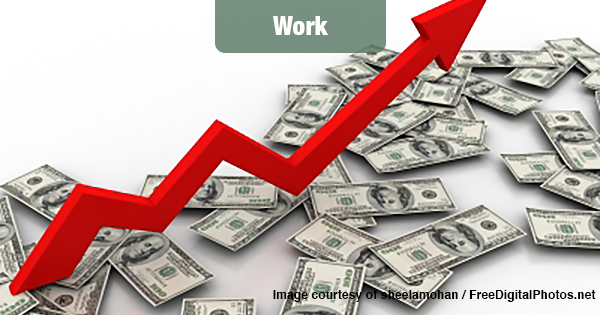 A tightening U.S. labor market has some economists saying that wage increases may be on the horizon, finally.

Unemployment has been dropping for years, but this has yet to produce real gains in wages for most Americans.

Normally, a tightening labor market becomes a seller’s market, in which companies are forced to offer increased pay to secure the talent they need. But this has not yet happened, despite the recession being over for years.

However, a new report from The Conference Board notes that the U.S. labor market has recently tightened faster and farther than anyone predicted.

In September 2014, the Board projected that U.S. unemployment (then 6.1%) would drop to its “natural rate” of 5.5 percent by mid-2015. What actually happened was that unemployment reached that level in February. It was down to 5.3% in June.

More than a million Americans are now retiring each year, and the Board says that this trend will likely continue for the next 15 years.

Attempts to replace these workers are running up against a phenomenon in which a higher percentage of prime working-age (25–54) people are simply not participating in the labor force.

At the same time, sluggish productivity growth is causing companies to need more workers than anticipated.

There will be various outcomes if this continues, but the one that really catches the eye is faster wage growth.

As The Conference Board aptly puts it, “wages have been the last shoe to drop in this recovery.” But now, which key indicators like the Employment Cost Index on the rise, it seems as if we are finally starting to see some movement toward higher wages.