Why You Should Complain to Your CU on Facebook 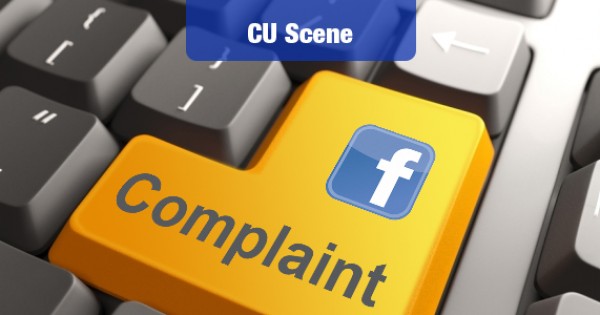 A recent drama that played out on Navy Federal Credit Union’s Facebook page underscores the main reason why you should use social media to complain to your credit union: It gets results, fast.

Navy FCU is no ordinary credit union. With more than $50 billion in assets and four million members, Navy FCU is the largest credit union in the world. It stands out among CUs not only for size, but for its outstanding use of social media platforms like Facebook to engage members. On October 28 this approach was put to the test.

It was just a few days before Halloween 2013, and Navy FCU member Nicole Housmans was in a terrifying mood. According to her initial posting on the CU’s Facebook page, (on the 26th), she indicated that she and her family were facing a house closing crisis, (with the closing set to happen on the 30th) due to less-than-stellar service from the Arlington, VA branch of Navy FCU.

The above statement was a mild description of Nicole’s post, which started out “I will not recommend your mortgage services to anyone we know.” She went on to explain that an employee of the Arlington branch had, “… not read the appraisal or looked at the survey. This is 2 days before we close.”
Navy FCU posted a fast response to Nicole’s post, asking her for additional details about her loan. Nicole blasted back, “I said if nothing else can be done this weekend, please don’t waste my time. You did not respond. I see this is some social media dog and pony show. You can’t get anything done.”

However, Navy FCU continued to work her case. Further posts show them responding to her on Facebook at 5:45 p.m. At this point, other Navy FCU Facebookers started piling on:

One accused the Navy FCU rep of yelling (the rep had used an exclamation point in a post). Another, named Dustin York, suggested that Nicole use another mortgage originator.

The Facebook thread goes on in an angry fashion, but ends with Nicole saying, on the 28th, “Corporate has been wonderful during this whole mess. Other employees, notsomuch. Looks like we will get to close on time, but I firmly believe that is because I was persistent and left messages until I got someone in management to call me back.”

In other words, her posting on Facebook prompted action, and she and her family met the closing date. This is an object lesson for both CUs and CU members. Social media is a powerful tool for getting things resolved when other means fail. You not only get the attention of your CU, but you share your issues with the larger member community. Nicole used several channels to resolve her problem, and was persistent with each, but Facebook was the one that lots of people could see.

For Navy FCU, Nicole’s case offered the opportunity to correct a big problem, with no time to lose. Their heroic measures did not go unnoticed by the larger social media community. This is exactly the sort of thing that makes people want to do business with you.
(Postscript: It seems that the aforementioned drama has been removed from the Navy FCU Facebook page. That’s too bad, since it did seem to end well.)