Where The Economy is Headed in 2015 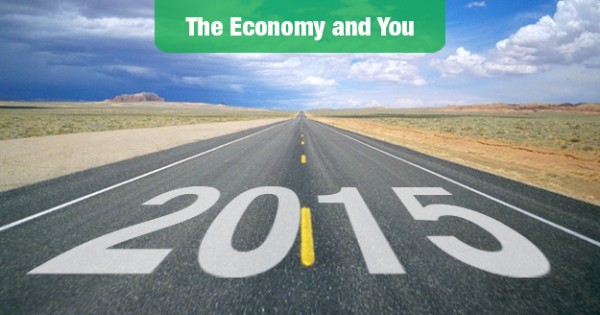 The U.S. economy ended 2014 on a high note, with strong job growth and consumers displaying more confidence than they have in years. Some of the trends we saw at the end of last year will likely continue into 2015.

For starters, the job growth we saw at the end of 2014 was the best we’ve seen since 1999. The number of jobs added in November beat expectations by a lot, while the unemployment rate dropped below 6%.

Perhaps more importantly, the labor participation rate did an about face — following years of decline that brought it into mid-1970s levels. Incomes ticked up across the board as well. Both of these factors indicate that the job market is tightening enough that most Americans may finally “feel” as if the economy is doing well.

While Americans (overall) have a bit more money in their pockets through increases in income, their family finances got big, positive jolt from the 2014 collapse in oil prices, which has resulted in lower gasoline and home heating oil costs.

At the same time, interest rates have remained low, and credit widely available, for businesses and consumers alike.

These trends will continue, at least through the first quarter of this year. Employers are certainly emboldened by the strong numbers seen at the end of 2014. This will help to maintain the strong rates of hiring we’ve seen.

Three big questions we might ask about the second half of 2015 include: how will the current weakness in the overall global economy affect the still-strong U.S. economy? Will rising interest rates slow U.S. growth? Will oil prices remain low?

For now, the momentum of 2014 is continuing into 2015, but it’s not so clear how some of these big issues will ultimately play out.