When Women Were Smoking 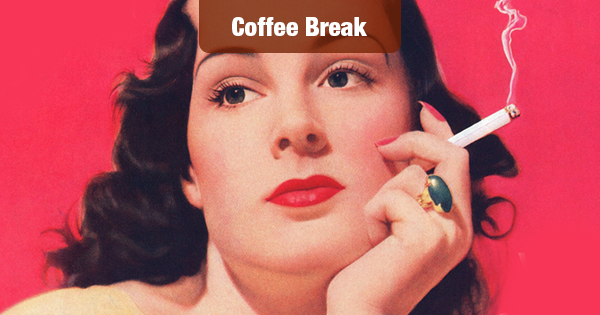 Long before governments banned or restricted smoking for health reasons, there was good old-fashioned sexism as a motivating force.

Way back in the early days of the 20th Century, one of the first ways that women showed that they yearned to be more independent, adventurous and ‘modern’ was by smoking cigarettes.

Women had never really taken to smoking cigars; they were just a bit too much. But when cigarettes became available, women picked them up, and seized an opportunity to show themselves as bold pioneers of the new century.

Society was soon treated to the sight of women smoking in public.

This so offended “respectable people” that there were immediate calls to do something about the outrageous behavior. It was so unladylike!

The New York City council responded by passing an ordinance that made it illegal for women to smoke in public places, the U.S. Census Bureau reminds us.

This ordinance was the result of a campaign by the National Anti-Cigarette League – (thus cloaking this act of sexism inside a seemingly-good cause.)

But no one was fooled. After all, men weren’t banned from smoking; only women were. At least in New York.

At the time, a number of cities had banned smoking, along with the states of Arkansas, Iowa, Idaho, and Tennessee.

All of these laws were revoked by 1917, since they were not only difficult to enforce but added to the allure of smoking.

Sometimes, trying to ban a bad thing only makes it more popular.

That appeal has diminished in the past half century, and currently some 1320 municipalities across the U.S. have restrictions on smoking.  Still, there remain some 134 cigarette brands in the U.S., with annual sales of over $31 billion.