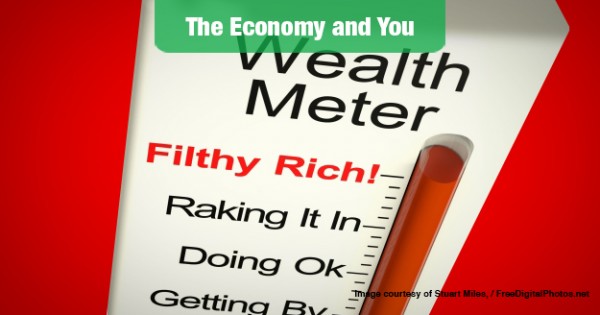 New data from the U.S. Census Bureau shows that the gap between the rich and not-so-rich has grown wider in recent years.

According to Census, the median net worth of the wealthiest 40% of American households increased from 100-2011, while it actually declined for the bottom 60%.

For the poorest American households, that decrease was around $5,124, during this time; the increase within the top category was a median $61,379.

Census also said that the wealth gap has increased: in 2000, the median net worth for non-Hispanic whites in the highest quintile was 21.8 times higher than for those in the second-lowest quintile; by 2011, this had increased to 31.5 times higher.

This is for American households with similar characteristics of age, race and education. When you look at groups with different demographic characteristics, there is an even bigger difference.

Americans can (and certainly will) argue over the causes of this widening gap, but it clearly exists – and has gotten worse in recent years.