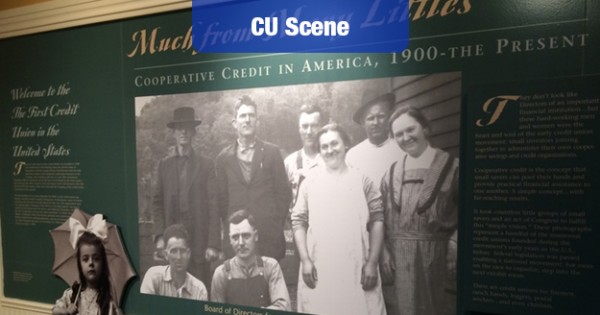 A recent article in CU Times chronicles the upcoming renovation of America’s Credit Union Museum. Now, if you’re like many CU members, you read something like that and think, ‘uh, there’s a credit union museum?’ Yes, folks, there is.

The building was the home of Joseph Boivin, who founded the CU with the assistance of Monsignor Pierre Hevey and Alphonse Desjardins. This is where the American credit union movement began.

St. Mary’s Cooperative Credit Association was eventually renamed La Caisse Populaire Ste.-Marie, or “Bank of the People.” It was a catchy name – even if most of the residents of Manchester couldn’t speak French.

The three-story building – which was listed on the National Register of Historic Places in 1996 – was eventually donated to form the museum in 2002. The first two floors became the site of exhibits chronicling the history of credit unions in the United States.

Now the museum is getting a makeover, as Peter Strozniak recently reported in CU Times. About 18 months ago, the museum launched a capital campaign, with the goal of raising a $3.3 million. An initial $600,000 was raised from credit unions, individuals and other organizations.

More recently, the Credit Union National Association (CUNA) contributed $1 million to the effort. The museum plans to raise another $1.7 million by 2017, Strozniak reported.

The museum plans to use the money for additions, including a 900-square-foot research center and 400 square feet of additional exhibit space. So, America’s Credit Union Museum promises to be bigger and better than it’s ever been before.