Vehicle Recalls May Hurt Sales of Some Vehicles 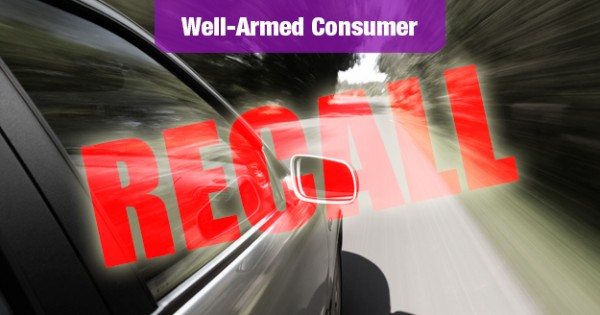 NADA said that recalls for minor defects – when handled swiftly and properly by auto makers – have little lasting impact on sales or brand reputation. However, some of these recalls have been for very serious safety issues, and they have not always been handled well by the companies involved.

This was certainly the case when Toyota recalled nearly eight million vehicles in late 2009 and early 2010, for issues related to unintended acceleration. NADA said that used Toyota vehicles had commanded prices that were 40% higher than those of direct competitors. However, after these recalls that price advantage slipped by 10 percentage points.

Then there is General Motors, who have recalled 2.6 million compact cars globally for defective ignition switches. These switches can be inadvertently switched off – often due to the weight of the driver’s keys. This abrupt shut-down can cause the vehicle to become very difficult to control, and can prevent airbags from deploying in the event of a crash.

While GM has certainly earned a lot of bad publicity due to these defects, the controversy has yet to impact either GM’s new vehicle sales or used vehicle prices, NADA said.

Ford faced a crisis back in 2000 and 2001, when it had to recall millions of Firestone tires after such tires failed prematurely on Ford sport utility vehicles. While that recall also generated a lot of bad publicity, the used prices of Ford SUVs were barely affected.

Why do some companies weather these storms better than others? At the time of the “unintended acceleration” crisis, Toyota was roundly criticized for its handling of the issue. Critics charged the Japanese automaker with dragging its feet in responding to mounting evidence that some of its cars were defective.

Not only was the public horrified by stories of cars careening out of control – often with terrible consequences – but the image of the company was harmed by a perception that it did not act quickly or decisively enough to remedy the problem.

In Ford’s case, the problems were traced to defective tires. Perhaps the public forgave the company in this case since the safety threat was caused by a supplier – and was not directly traced back to bad engineering by Ford itself.

Which leaves the mystery of GM, and why it hasn’t suffered more from the ignition switch problems. Certainly, this case has resulted in a lot of criticism being directed at GM management, and yet the recalls haven’t yet resulted in lower sales. Maybe it is simply too soon to gauge the impact of this most recent recall event.

One thing is clear: Auto makers stand to gain from taking swift, careful and thorough actions to protect their customers.