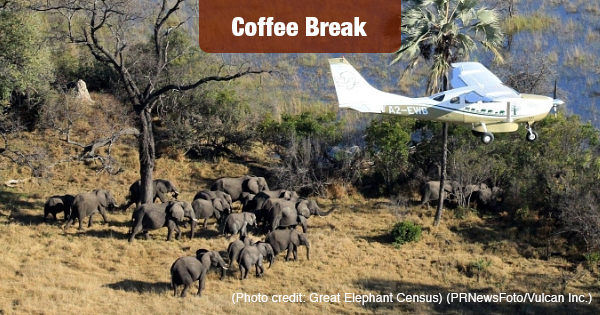 The results of a recent census of African Savanna elephants shows a dramatic decline in the population of these majestic beasts.

This study – which was funded by Microsoft co-founder Paul G. Allen’s Vulcan Inc — the first-ever pan-African survey of savanna elephants.

Sadly, the Great Elephant Census (GEC) shows a decline of 30 percent in African savanna elephant populations in 15 of the 18 countries surveyed.

Taken over a two-year period, the GEC accurately determined the number and distribution of the great majority of African savanna elephants and provides a baseline for future surveys and trend analyses.

The results were no less depressing:

Paul Allen spent more than $7 million to fund and manage the project, create the technology, and make the census results available online. Find out more HERE.

Allen has made elephant conservation a top priority and is working with individuals, organizations and governments from around the world to ensure that future generations will be able to see elephants with their eyes and not just read about them in books.