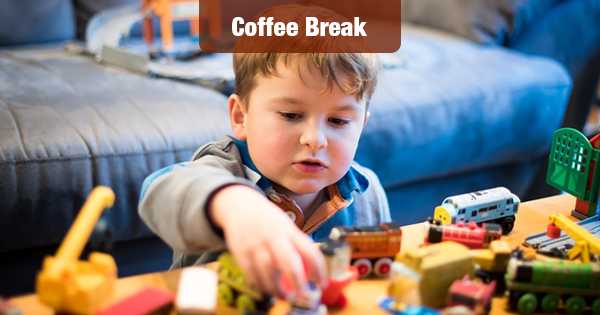 Today’s parents face perpetual pressure to keep their children engaged and busy with activities, whether music lessons, organized sports or academic enrichment, according to a study from toy company Melissa & Doug and polling firm Gallup.

Driven by a desire to keep their children ahead of the pack, many parents feel the need to fill their children’s schedules when they are outside of school.

But in today’s heavily scheduled, digital world, are children engaging in child-led, unstructured and imaginative play? And do parents recognize how child-led play benefits their child’s development?

Researchers and experts recognize the benefits of child-led play, maintaining that unstructured play is a vital catalyst in children’s development of problem-solving abilities, cooperation and other qualities that form the foundation for academic success, resilience and creativity.

After surveying more than 4,000 parents and caregivers around the world, they found that:

The Power of Play Is Not Fully Appreciated

Parents ascribe fewer positive qualities to unstructured play than they do to organized sports and structured activities. Despite research associating unstructured, child-led play with self-confidence, social skills and resilience, relatively few parents make this association.
The majority of parents believe the benefits most closely related to child-led play are creativity and problem-solving. However, these are not the qualities parents consider most important for young children to develop.

Parents estimate that their children spend an average of 19-21 hours per week watching media or playing on electronic devices versus the 15-17 hours they spend engaging in indoor screen-free play by themselves or with others.

The top barrier to children getting more unstructured play indoors is due to the overwhelming preference by children to spend their free time watching media or playing on electronics – parents’ least-preferred activities for their children.

Boredom Is Not Embraced

Only one in five parents strongly agree that it’s good to let children be bored now and then.
When their child is bored, the most common first strategy among parents is to intervene with potential activities, even though in doing so, they may be preventing children from developing the ability to solve their own problems.

Screen-Based Play Heightens Parental Concern
More than two-thirds of parents surveyed say they are worried that their child spends too much time on electronic devices.

Parents whose child spends more than 3 hours per day on screens are much more likely than others to worry that their child is not keeping up academically, has trouble getting along with other children and is under too much stress.

“Today’s children are experiencing unprecedented levels of pressure, anxiety, and depression — all stemming from a lack of self-confidence, resilience, independence, connection, and sense of self,” stated Melissa Bernstein, co-founder of Melissa & Doug and a mother of six children.

“The most powerful learning often happens when children are simply given the time and freedom to work things out on their own – to come up with a unique way to occupy a rainy day, to fill a blank canvas with their ideas or to follow their curiosity. We may think we are protecting them from being bored or falling behind, but ultimately we are preventing them from the open-ended experiences that allow them to discover themselves, their passion and their purpose,” Bernstein said.

Find out more at MelissaAndDoug.com and education.gallup.com.