A New Study Looks at Vacation Habits by City 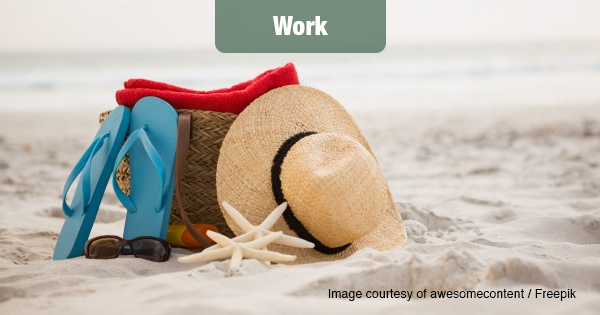 Yes, you need a vacation. People who take regular vacations are more productive, and more healthy, than those who do not. Despite this, far too many Americans live vacation-deprived lives.

A new study has been released that looks at America’s vacation habits by state and city. The study comes from Project: Time Off, an initiative to win back America’s Lost Week of vacation.

We All Need a Vacation

Despite improvement in the amount of vacation days Americans used last year, more than half (54%) of employees still left time on the table in 2016.

The 662 million days left unused last year—and their implications for individual employees and workplaces alike—are not felt evenly across America.

There are profound geographical differences in U.S. states and cities that influence employees’ time off perceptions and behavior.

Idaho, New Hampshire, and Alaska hold the top spots for the states with the most workers leaving vacation unused. Looking at cities, Washington, D.C., San Francisco, CA, and Tampa, FL are home to some of the most under-vacationed employees in America.

“Across America, vacation has become the unintended victim of a 24/7 work culture, but there are specific parts of the country living on the edge of burnout where employees particularly need to take time off,” said Project: Time Off Senior Director and report author Katie Denis.

Unfortunately, many of the areas seeing the worst vacation usage are home to cultures where employees report hearing negative or mixed messages about time off.

Where just 17 percent of workers nationally say their company sends negative or mixed messages, the majority of the states in the top ten for leaving unused vacation are more likely to agree, most notably Alaskan workers at 28 percent.

There are some states and cities that are better at vacation usage. Maine, Hawaii, and Arizona top the list of states with employees who are least likely to leave vacation time on the table.

For cities, Pittsburgh, PA, Chicago, IL, and Phoenix, AZ are home to employees who take more of their earned time off.

Find out more at projecttimeoff.com/.