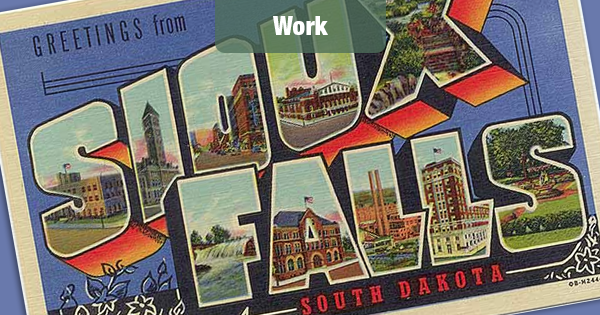 As the unemployment rate drops below 5% after years of steady declines, it’s useful to note that not all areas are benefiting equally from the improved jobs situation.

The U.S. Bureau of Labor Statistics recently compiled its data comparing unemployment rates in 387 metropolitan areas across the country.

According to the findings, unemployment rates were lower in September than a year earlier in 224 of the 387 metropolitan areas, higher in 141 areas, and unchanged in 22 areas, the U.S. Bureau of Labor Statistics reported today.

Twenty-six areas had jobless rates of less than 3.0 percent and three areas had rates of at least 10.0 percent.

Nonfarm payroll employment increased over the year in 315 metropolitan areas, decreased in 65 areas, and was unchanged in 7 areas.

The national unemployment rate in September was 4.8 percent, not seasonally adjusted, and was little different from that of September 2015.

This South Dakota City Has the Lowest Unemployment Rate

Of the 51 metropolitan areas with a 2010 Census population of 1 million or more, Salt Lake City, Utah, and Denver-Aurora-Lakewood, Colo., had the lowest unemployment rates in September, 2.8 percent and 2.9 percent, respectively. New Orleans-Metairie, La., and Riverside-San Bernardino-Ontario, Calif., had the highest rates among the large areas, 6.2 percent each.