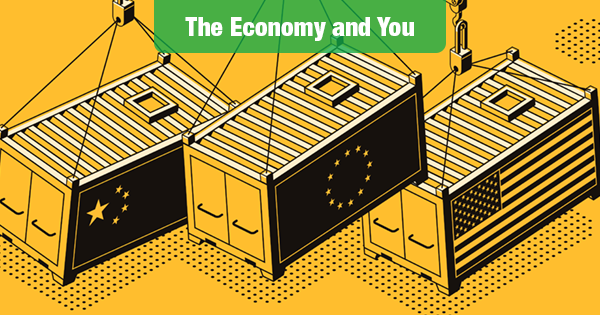 Here’s some good news about the U.S. economy: America’s trade deficit with China decreased by a big 28% in February, according to new data from the Commerce Department.

Economists had expected the US/China deficit to widen in February. The surprise good news prompted many of them to upwardly revise first quarter growth forecasts for the U.S. economy.

However, the improvement may be short lived. February’s numbers happened partly as a result of a surge in U.S. exports of commercial aircraft. With Boeing now having to slow production of its 737 Max aircraft following two fatal crashes of the jet, it’s likely that U.S. aircraft sales will take a hit going forward.

The other reason for the narrowing deficit was that the U.S. imported fewer goods from China.