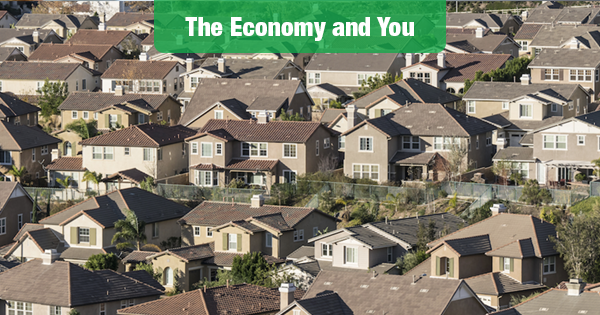 If you want to understand how important the residential housing market is to the well-being of the U.S. economy, consider this: The total value of the U.S. housing stock grew to a record-high $29.6 trillion in 2016, according to online real estate company Zillow.

The national housing market gained $1.6 trillion over the past year, a 5.7 percent increase from 2015

Los Angeles is the most valuable metro, worth a cumulative $2.5 trillion, while Portland, Ore. had the biggest increase in value among the largest housing markets, growing 13.4 percent in 2016.

These are BIG numbers. They illustrate just why the 2008 financial crisis led to a Great Recession.

The same market that can add trillions of dollars of wealth in a few years can also take it away, in a matter of months.

When the Federal Reserve meets to decide where to go with monetary policy, the housing market must be front and center in their debates.

After all, an upward move in mortgage interest rates can cause house prices to drop, costing the country those trillions in wealth.

On the other hand, a monetary policy that is too loose (low interest rates, easy money) can fuel an asset bubble in housing, creating the dangerous conditions that led to the financial crisis.

The Fed must therefore maintain the right balance. They failed in that mission during the 2000s; let’s hope they’re getting it right in this decade.