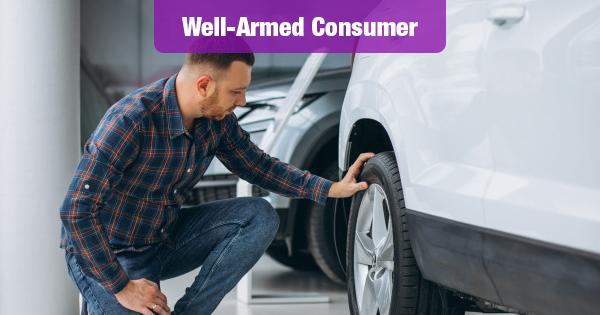 If you’re on the hunt for a good deal on a new vehicle, you need to be a bit cagey. That’s because the deals aren’t going to be super-easy to find, according to the car shopping experts at Edmunds.

Edmunds found that the average advertised discount for 2019 model year vehicles hit 6.4% this July and isn’t expected to climb much higher in August or September.

Edmunds analysts say that automakers pulled back on major advertising and incentives for the Labor Day holiday weekend because they’ve grown more comfortable with letting vehicles linger on dealership lots through the end of the year.

But Edmunds analysts also say that just because automakers aren’t advertising blowout sales, it doesn’t mean bargains aren’t out there.

“The fact is inventories are high and automakers are motivated to move these cars. Shoppers just need to be a bit more strategic in their approach. It’s not going to be as easy as walking in and saying, ‘Give me that low price I saw advertised everywhere on TV,'” said Matt Jones, Edmunds’ senior manager of retail insights.

Make sure to look for deals on your local dealership website. Automakers might not be advertising big deals on TV or on their national websites, but your local dealer website will be highlighting specific promotions for your area.

When you’re doing your research online, keep an eye out for large numbers of the same car sitting at the dealership: If there are large quantities of a certain type of vehicle available at your local dealership, chances are you’re going to find some pretty good discounts because dealers are motivated to clear them out.

Get preapproved for an auto loan if you’re thinking of financing. A preapproved auto loan starts you on the right foot: You can get an idea of how much you can afford, and you’ll have an interest rate that you can then compare to the dealership’s financing.

While you might not get 0% finance offers, the dealership might have an annual percentage rate closest to 0%.

And we’ll add: Check with your credit union. Credit unions have some of the best deals available on new vehicle loans. Getting pre-approved by your CU will give you added bargaining clout at the dealership.