This Super-Mom Is a Real Pit Bull 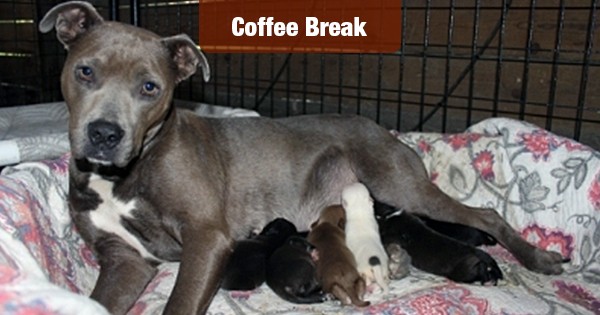 Mother’s Day may be over, but the hard work of being a super-mom goes on. So, too, should our celebration of America’s moms – including the four-legged kind.

When the Lake City Humane Society in Florida found Lacey, a Pit Bull mix, she was lying in a ditch with her one surviving puppy. Lacy and her pup were nursed back to health by the Society, and she was soon able to repay the kindness of the volunteers by making herself an invaluable part of the team.

When ten hungry puppies were left at the Society’s headquarters, Lacey stepped up, and became foster mom to the entire litter.

She nursed all ten puppies – plus her own – until they could be weaned. But Lacey’s work wasn’t done: soon after that group of puppies were moved to foster homes, another six took their place.

Even though Lacey had recently suffered a near-death experience of abandonment and starvation, she still found the strength to pitch in at the Society, and save the lives of 17 little ones. Thanks, mom!