This Month in TV History 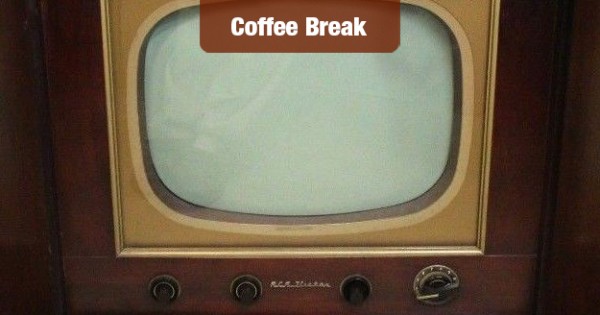 The last month of 1938 was notable for several notable developments. German foreign minister Joachim Von Ribbentrop had a fateful meeting in Paris, (which many historians say helped pave the way for the start of WWII in 1939), MGM released the Charles Dickens classic A Christmas Carol on film — and a Russian American inventor was awarded two patents for cathode ray tubes.

This last one seems rather unremarkable, until you consider that those tubes were a big technological step toward something we’ve all become familiar with: television. For, as the U.S. Census Bureau reminds us, it was the technology developed by engineer Vladimir Zworykin that finally made TV a practical commercial reality.

Zworykin didn’t exactly invent television. As with so many things in technology, television was the result of a progression of developments that happened over time. One early method of transmitting images electronically was developed in the 19th century, and later became known as the fax machine. A theoretical basis for transmitting moving images came along in 1878, then in 1884 a 23-year old German inventor came patented the first electromechanical TV system.

All of this was quite crude, and unworkable as a commercial product. But things were progressing. In 1907 a Russian inventor became the first to use a cathode ray tube in the receiver of a television system. Then, in 1909, a pair of Frenchmen – Georges Rignoux and A. Fournier — demonstrated the instantaneous transmission of moving images using scanning and refresh technology.

The building blocks of television were coming together with these developments.

Things really got moving in TV land when American Philo Farnsworth brought together electronic scanning on both the pickup and display devices, and in 1928 was able to demonstrate the world’s first working television system. That year, America had the first TV station, (WRGB in Albany, New York), making the first live TV broadcast, (from the General Electric factory in Schenectady, New York).

Moving ahead to December, 1938, we have Vladimir Zworykin, and his now-patented CRTs. The significance of his discoveries was that they paved the way for decades of television broadcasting, and viewing.

One of those tubes was the iconoscope, which was used to capture video images, while the other was the kinescope, which displayed television and computer monitor images. With Zworykin’s robust hardware, TV could finally become an everyday presence in people’s living rooms.

But we couldn’t leave this history of TV without giving another nod to Kalman Tahanyi, the aforementioned Hungarian engineer. While his 1926 inventions certainly advanced the cause of television, it was a later development of his that Americans have become familiar with over the past 25 years or so. You see, in 1936 Tahanyi described his principle of a plasma display.

It would take years to bring Tahanyi’s idea to life, but when it happened, the world would rejoice when the bulky, heavy CRT would finally be replaced by the sleek, modern flat panel display.