There Really Was a Clarence Birdseye 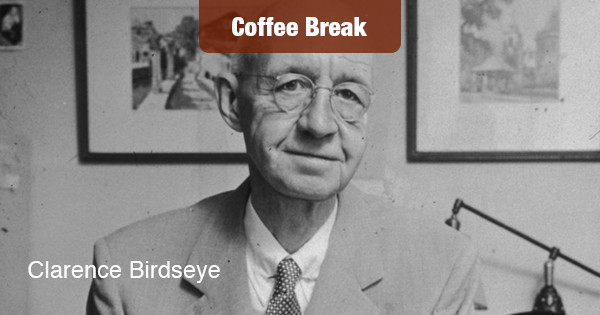 Most advertising characters are fake. There never was an Aunt Jemima, and “The Most Interesting Man in the World” was a perfectly ordinary male model. However, there really was a Clarence Birdseye.

Birdseye, of course, gave his name frozen food brand. He was a true food pioneer, according to the U.S. Census Bureau.

While on a scientific expedition to Labrador early in the 20th century Birdseye noticed that freshly caught fish froze solid almost immediately when exposed to Arctic atmospheric conditions.

But when thawed and eaten, the fish still tasted fresh.

This gave Birdseye a big idea.

Birdseye went on to develop a system of flash-freezing meat, fish, and vegetables under high pressure.

The first retail frozen food went on sale in 1930, and by 1944, refrigerated railroad boxcars allowed frozen foods to be distributed across the nation.

Nowadays, frozen food is a nearly $32 billion a year industry in the U.S.