The Whole World Needs a Raise 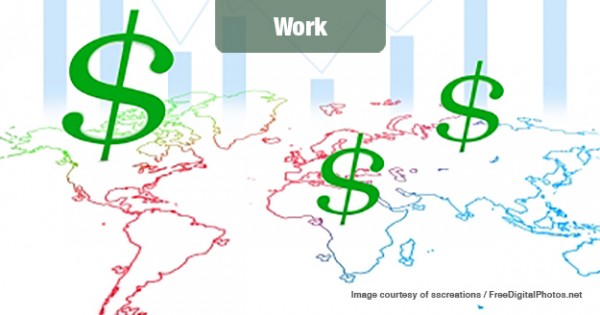 If you think that American workers are the only ones suffering from slow wage growth, think again. A new report finds that wages have been nearly frozen in many countries around the world.

The report, called the ILO Global Wage Report, finds that wage growth around the world has not yet caught up to the pre-financial crisis rate of 3%. After clawing back to 2.2% by 2012, it dropped again in 2013, to just 2%.

Even these numbers are a bit deceiving, though, since most of the wage growth has been seen in developing economies. In developed economies the average wage growth – which had only been around 1% per year since 2006 – slowed to just 0.1% in 2012, and 0.2% in 2013.

This is pathetic, and it explains why many workers in developed countries feel like they are losing ground each year. They are, since their wages are simply not keeping pace with inflation.

In fact, when you factor in inflation, many workers in developed economies are actually doing worse each year. It’s like they’re getting an annual pay cut instead of a pay increase.