The Price of Our Future 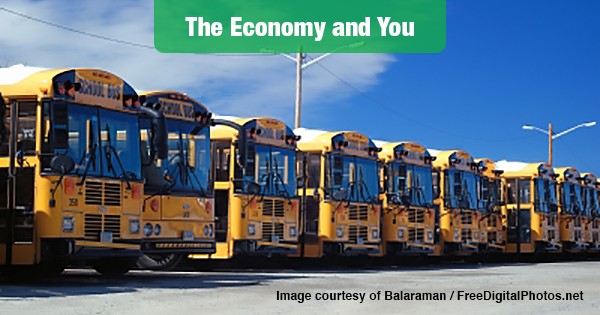 Most Americans agree that education is one of the nation’s top priorities, and that our commitment to the next generation is a vital one for all of us to uphold. A new study from the U.S. Census Department finds that the level of this commitment varies quite a bit from state to state, at least in terms of money spent.

Census said that the average amount of money spent per-pupil nationally is was $10,700 during fiscal year 2013.

Total expenditure by public school systems totaled $596.3 billion in fiscal year 2013, up 0.5 percent from the prior year, Census said.

So, what does all of this mean? Do kids in New York City have a big advantage in life vs. kids in Idaho, due to the vastly higher amounts of money being spent on their education? The experts aren’t so sure.

Many argue that quality and spending are not so tied together as it would seem at first blush. For instance, school districts in big Northeast cities often have much higher expenses due to their having higher infrastructure and labor costs, among other things.

Critics also point out that some high-spending school districts use their funding inefficiently – with too much going to administrative overhead costs, and not enough making it into the classrooms.

However one feels about the problems — and possible fixes — in our approach to education, these numbers give us all some basis for forming rational opinions on the subject.