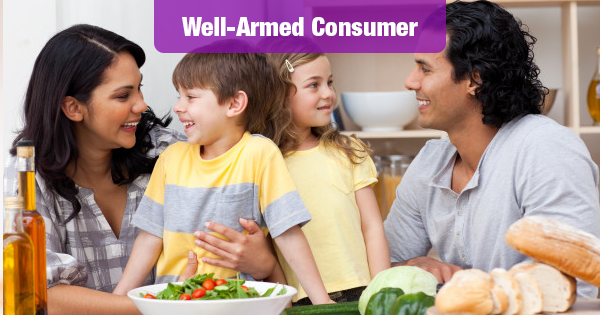 Today’s organic shoppers are more mainstream and diverse than most contemporary stereotypes of pro-organic shoppers, according to a recent survey conducted by organic produce firm Earthbound Farm.

The “Annual Organic & Other Lifestyle Choices” survey yields fresh insights that compare a spate of lifestyle habits including music and hobby choices, pet ownership, meal priorities and other factors not previously studied among shoppers choosing organic.

While some results were not surprising — health is still the number one reason to purchase organic and the younger the consumer the more organic they say they buy –others were contrary to common assumptions of organic shoppers.

Of the 500+ consumers surveyed, a whopping 40 percent say they plan to increase their household’s organic consumption in 2019.

Let’s look at some of the findings:

48 percent of all organic consumers say they’re open to any kind of organic product.

People with kids at home are more likely than those without kids to buy organic (52 percent vs 41 percent).

Not surprisingly Millennials, Gen Z and Gen X are more likely than Boomers to choose organic (upwards of 50 percent for the younger gens, and only 30 percent for Boomers).

48 percent of organic shoppers still say “no way” to organic Halloween candy, and 34 percent only say yes if it’s on sale.

Alcoholic beverages was the category with the fewest consumers saying they buy an organic option at least occasionally (10 percent).

Most likely meal occasion for which to buy organic:  dinner, with lunch the runner up.

Why Do People Choose Organic?

75 percent of organic consumers say they choose organic because it’s healthier for themselves or their families. The next closest reason (at a big distance) was because “it’s higher quality” at 45 percent.

Quality/taste combined: 57 percent either say it tastes better or because it’s higher quality.

44 percent say they choose organic because it’s better for the environment.

34 percent of organic consumers say they choose organic because it’s better for the farmers and field workers.