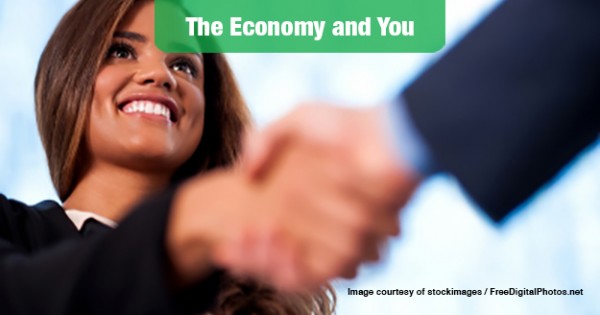 A measure of the optimism and confidence being expressed by America’s chief executive officers ticked up during the last three months of 2014. The nation’s bosses are feeling upbeat about the U.S. economy, and looking to invest in their “human capital” this year.

The Conference Board and PwC Measure of CEO Confidence increased during the fourth quarter of 2014, after slipping a bit during the third quarter of the year. It now stands at 60 (a reading of more than 50 points reflects more positive than negative responses).

CEOs were particularly bullish about the U.S. economy, but had a downbeat view of the economies of Europe, China, Brazil and Japan.

A slim majority (52%) of CEOs felt that economic conditions were better compared to six months ago, but just 43% said that conditions in their own industries had improved.

So, how will this outlook affect hiring?

It’s safe to bet that many CEOs are feeling cautious about their prospects for export growth – given the worsening conditions in some of the world’s biggest markets. How this impacts hiring decisions would depend on the type of company in question, the industry segments it serves and its global strategic plans.

For instance, a company like Caterpillar – which has a huge global presence – may be upbeat about sales in North America while pulling back expectations for growth in Europe and China.

At the same time, a smaller, U.S.-focused company may be eager to add staff in anticipation of increased demand for its products and services.

The overall economic picture for America looks bright as we head into 2015. This has prompted CEOs to express cautious optimism for the year ahead. While economic slowdown elsewhere in the world will likely affect the U.S. economy, (it hasn’t yet), we should nonetheless expect to see a continuation of decent hiring rates in the first half of the year.