The Jobs You Fear 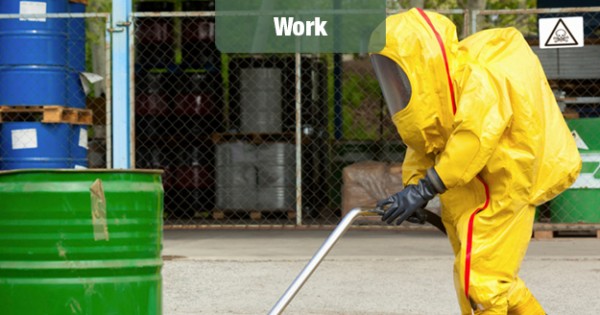 What job would you most fear doing: Security Guard at Teen Pop Idol Concert, Microbiologist for Infectious Diseases or a stand-up comedian? Your answer might say a lot about your personality, according to CareerBuilder.

CareerBuilder said it recently conducted by Harris Poll to find out which types of jobs inspire sweaty palms and shaky knees among the 3,103 American workers surveyed.

Some of the answers were predictable. For instance, people fear being a Microbiologist for Infectious Diseases because of the risk of catching something horrible, like Ebola. One must be very careful when working around dangerous pathogens and – let’s face it – many of us are the type who might one day forget to zip up the hazmat suit.

Many people fear being a Standup Comedian for the same reason they fear being a Politician: both professions bring the certainty of rejection, for instance — and a humiliatingly public form of it at that.

Crime Scene Investigator and Mortician also made the list of feared professions. Could it be the exacting, patient nature of these jobs that has people running scared? (It couldn’t be the everyday experience of contact with the dead, could it?)

However, at least one seemingly “normal” job made the “most feared” list: being a Kindergarten Teacher. This is strange, since who doesn’t relish the opportunity to wrangle a room full of unruly five year olds? Perhaps the same group who feared this profession also feared becoming an animal trainer.

After all, kindergarten teachers and lion tamers do have quite a bit in common.