The History of the Minimum Wage 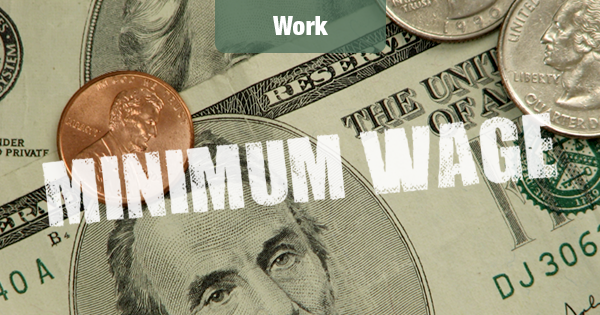 The U.S. did not always have a minimum wage. During times of recession, and in areas beset by high unemployment, workers earned what they could.

Business leaders felt that things were as they should be: there was a market for labor, and workers earned the market rate.

Henry Ford, the automotive pioneer, changed this equation in 1914, according to the U.S. Census Bureau.

Under pressure to reduce turnover at his vast auto plants, he hatched a plan to greatly increase the appeal of a job at the Ford Motor Company.

Ford reduced the workday from nine to eight hours, and raised his factory assembly line workers’ pay to a minimum wage of $5 a day, (around $121 in current dollars).

Other business leaders were outraged by Ford’s bold moves.

After all, the prevailing wage for semi-skilled labor was around $2.50 per day at that time. Workers typically worked six days a week, with no overtime pay.

Ford was breaking the rules!

It turned out that he was on the right side of history. The idea gained general acceptance, and in 1938, President Franklin D. Roosevelt signed into law a federally mandated minimum wage of 25 cents an hour.

Currently, the federal hourly minimum wage is $7.25.  Twenty-nine states and the District of Columbia have rates over the federal minimum.

When adjusted for inflation, the minimum wage reached its peak in 1968, when it stood at $8.68 (in 2016 dollars), according to data from Pew Research.

There are over 78 million hourly workers in the U.S., 2.6 million of them paid at or below the minimum wage. Households in the bottom 20 percent of income earn no more than $22,800 per year.