The Gender Gap in Telework 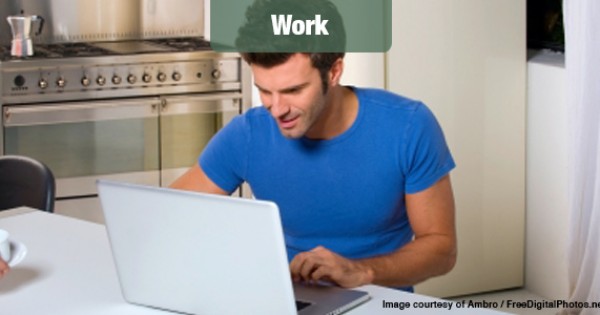 Men are outpacing women when it comes to working away from the office, according to some new research from Flex+Strategy Group/Work+Life Fit, Inc.

Telework – which is defined as doing work from home, a business center or another location – can be a nice option for those seeking a better work/life balance. Teleworkers spare themselves a lengthy commute, and can often do their work in a way that blends family and work obligations into a less-stressful, more productive package.

Flex+Strategy said it conducted a survey of 556 full-time employed adults, and found that 31% of them do most of their work away from their employer’s location.

But there seems to be a gender gap in telework: The company said that, of the self-identified teleworkers in its survey, 71% were men.

Interestingly, only a minority of the teleworkers were parents. This would seem to counter the prevailing notion that telework is particularly appealing to people who are trying to juggle work and family responsibilities.

There was also no significant difference in the age groups of remote workers, the company found.

So, the typical teleworker is not a woman, or a parent balancing responsibilities, or a tech-savvy Millennial. What should one make of this?

Flex+Strategy points out that many employers consider telework to be a “disposable option,” or something that can be offered as a perk to working moms or younger workers. They don’t see it as a strategic option, but rather as a lifestyle perk for certain employees. Yet, the survey results dispel these myths, and counter these stereotypes.

In fact, around one third of the work done today gets done away from the office, according to Flex+Strategy. Like it or not, telework has become part of the work process of companies big and small. And yet, the perception persists that it’s somehow a less serious way of approaching the job.

Flex+Strategy even speculates that this perception may be the reason why fewer women take advantage of the telework option: They don’t want to be tagged as being on the “mommy track.”

Some of the research findings indicate that teleworkers may just be a company’s secret productivity weapon. Flex+Strategy found that teleworkers received far less training to help them manage their work-life than did their “officed” colleagues. This makes sense, since it takes a more independent mindset to be attracted to remote working in the first place.

Perhaps teleworkers are just the kind of “self starters” that HR departments claim to be looking for in nearly every job posting?

There’s one sure conclusion we can draw from these findings: Things are changing fast in the working world. Employers who understand how to take advantage of these changes will have a competitive edge in the future. Those who cling to outdated stereotypes will find themselves losing out on opportunities to keep employees happy while boosting productivity.