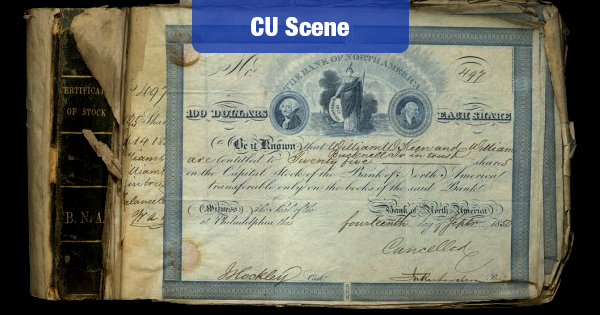 Some of the earliest bank tycoons in America were the men we now revere as the Founding Fathers, according to the U.S. Census Bureau.

There was a definite need for banking in the new country.

During the Revolutionary War, the rebelling colonies and the Continental Congress were anything but too big to fail. To the contrary, finances were very spotty and precarious.

To help put affairs in order and make credit available, the first commercial bank in the U.S. opened on this date in 1782, just a week after being chartered by Congress. Called the Bank of North America, it was capitalized at $400,000, which roughly would be over $7.5 billion today.

Of course, these men famously disagreed on such things as Big Finance and Big Government. While Hamilton was in favor of having a strong central bank in the U.S., Jefferson was dead-set against the idea – fearing it would benefit merchants and investors at the expense of the people.