The Fed Moves Interest Rates Higher. What Will This Mean? 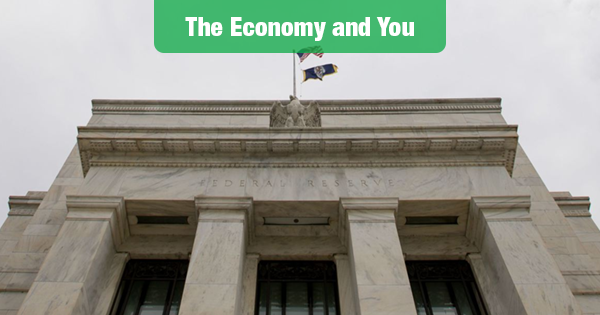 Well, they finally did it. After a year of hinting and retreat, officials of the Federal Reserve have finally voted to change their long-standing policy of stimulating the economy with near-zero interest rates.

With the U.S. economy growing at a decently – and showing some resiliency – the Fed’s Open Market Committee decided to raise the target range for the federal funds rate to 1/4 to 1/2 percent.

What does this mean?

For starters, this is not a dramatic move in the literal sense. We’re talking about a very modest increase, from a point of near-zero that has stood since the Great Recession. In fact, the Fed hasn’t moved to increase rates in a decade.

The other thing to keep in mind is that the Fed doesn’t literally control the rates you pay on auto loans and credit cards. The FOMC policy is all about the rate that banks in the Federal Reserve loan money to one another.

However, Fed policy has traditionally had a huge impact on the larger financial system.

The real drama here is the trend that this move suggests. If the Fed keeps pushing rates upward, we may once again see 30-year fixed mortgages in their historic 7%-9% range. Credit card rates could move higher as well. Credit may be less easily obtained by people who have less-than-stellar credit scores.

For now, though, the changes should be minimal.

We may see shorter “teaser” terms on zero-interest credit card offers. Mortgage rates may continue to creep up.

Consumers should pay attention to any notices from their creditors in the months ahead. Some credit card companies will undoubtedly take the opportunity to raise rates on some customers.

When the Fed first hinted around at a 2015 rate rise, many experts predicted that average 30-year fixed mortgage rates would pass 5% in short order. It could happen, and with rates still at around 4%, now would be a good time to convert from variable to fixed.

Savers should be cheered by the move, since it may well lead to better returns on savings accounts and CDs.

For most of us, there won’t be any immediate changes. This move by the Fed is really a “heads up” – reminding us that we’ve had very low rates for many years now. Things may be getting back to normal.