The Big Business of Pot 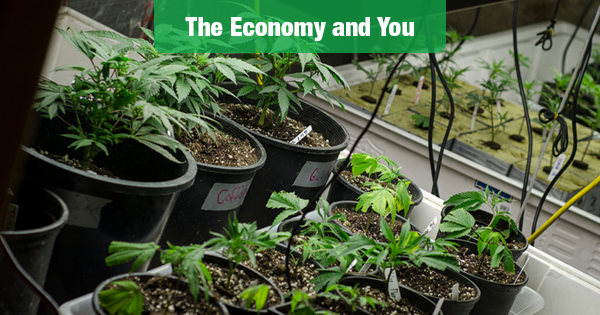 According to data from Arcview Market Research via FinancialBuzz.com, legal cannabis sales in North America totaled $6.7 billion in 2016 and are projected to grow at a compound annual growth rate of 25 percent to an estimated $20.2 billion by 2021.

Consumers in North America spent over $53 billion in the legal and illegal cannabis markets combined in 2016, FinancialBuzz said.

According to another report from Arcview Market Research, the licensed cannabis stores are as profitable as Starbucks stores and the recreational markets will double the size of the medical market by 2021.

Starting January 1st 2018, the state of California has started legal sales of cannabis products for recreational use. Other states will surely follow.

Critics charge that this rush to legalize cannabis ignores potential health risks – especially to young people. They also fear that this rush will become unstoppable once cash-strapped state governments tally up the revenue benefits of legalized cannabis.

Indeed, legalized cannabis has produced a gold rush of sorts, as hundreds of companies scramble to get in on the profits. Governments at all levels are prepared to rake in new tax revenues from the business operations and sales of cannabis. This is in addition to the thousands of new jobs being produced.

For critics, this avalanche of money and jobs will blind governments to the downside of legal cannabis. But pro-legalization folks claim that the danger posed by cannabis is far less that that posed by already-legal drugs including alcohol and tobacco. Only time will tell which side has the better argument.