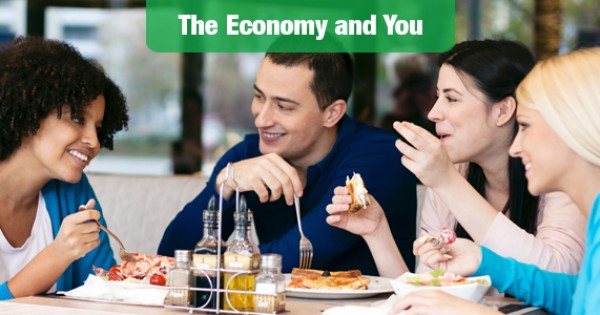 Parents might be a bit more optimistic about the future if they would just listen to their teenaged kids. That is, if the results of a new poll are to be believed.

The latest quarterly Allstate/National Journal Heartland Monitor Poll reveals a generational divide in confidence, with many American parents feeling gloomy and pessimistic even as more American teenagers feel confident and hopeful about their future.

A full 79% of adult poll respondents said it was better to have been a child when they were young. Just under 70% fear for the future of today’s young people, forecasting a life of lousy job security, slimmer chances of home ownership and lots of debt. Sixty two percent fear that their children won’t have as good a shot as they’ve had at securing a comfortable retirement. Parents are full of anxiety, it seems, and worried about their kids as never before.

But their kids aren’t buying it. More than half of the high-school teens (aged 13-18) responding to the survey said that it’s better to be a teen today than it was in their parents’ day, and around 45% think they’ll have even more opportunity than the previous generation. Not all of the teens are optimistic: 24% of the teens surveyed said they will have less opportunity.

Parents and teens also seem to have some differing views on college: while 39% of parents see it as an economic burden, a whopping 86% of teens view a college education as a good investment. That’s remarkable, considering how much debt young people are taking on these days. In fact, according to the non-profit Project on Student Debt, two-thirds of college seniors who graduated in 2011 had student debt, and the average amount per borrower was $26,600. Clearly, when it comes to optimism about college and the future, today’s teenagers are putting their money where their mouths are.

So what do we make of all this? Well, some of the parents’ views can be chalked down to simple nostalgia, and the natural tendency we have to idealize our youth and the “good old days.”  But some of this concern is genuine: parents see their kids facing out-of-control educational costs and a job market that seems stuck in first gear a full five years after the financial crisis.

Some of the optimism their kids express can likewise be shrugged off as a function of age, as young Americans have always had a brighter view of the future than their world-weary parents. But today’s teenagers also have a lot going for them, in a country that’s more diverse, more creative, more entrepreneurial and more “wired” than ever before. Maybe today’s over-burdened, worry-wart parents would do themselves some good by simply sitting down with their teenagers and simply listening.