Subaru Brings Back Its Dog Family 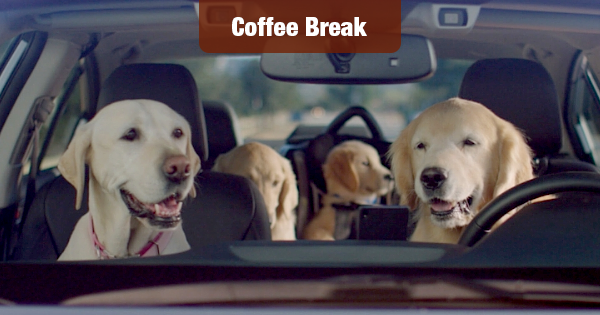 Japanese car maker Subaru is hoping you remember the Barkleys – the family of dogs featured in the company’s 2013 “Meet the Barkleys” campaign.

Subaru of America is rolling out a new series of five commercials featuring the Barkleys, and you can see them all on the company’s YouTube channel.

According to Subaru, the five ads are:

“PUPPY” – A nighttime drive is the only acceptable lullaby for one tired puppy, so one tired father takes the Barkleys’ Subaru Legacy for yet another lap around the block.

“PHONE NAVIGATION” – Your smartphone’s voice assistant isn’t exactly smart, and it doesn’t help when you’ve got one word to work with. The Barkleys drive their Subaru Legacy on a back road, and when they pull over for a little help, the family runs into a language barrier.

“DOGGIE BAG” – Sometimes the go-anywhere capability of Subaru Symmetrical All-Wheel Drive is just too seductive. The Barkleys take their Subaru Forester out for a date night in the city, but their valet sees its potential for off-road adventure.

“WINDSHIELD WIPER” – The Barkleys run into some oddly localized weather in their Subaru Legacy. Luckily, a Legacy has more than just Symmetrical All-Wheel Drive to deal with a sudden downpour.

“BAD HAIR DAY” – We check back in with the Barkleys as Dad helpfully picks up Mom from the salon in their Subaru Forester and takes in her new look. Unfortunately, Golden Labs are genetically incapable of keeping a poker face.

Who doesn’t love commercials about adorable animals acting like people? Well, some people don’t like to see animals used in this way. The critics use a word we almost remember from college…anthro-something… it’s right on the tip of the tongue – anthropomorphic! That’s it.

Some people feel that it’s a form of abuse to create these human-like depictions of dogs or other animals. They object to everything from waving sea lions at aquatic parks to commercials like these that depict dogs behaving like humans.

Other people will find these ads to be amusing and harmless. Check them out on YouTube and decide for yourself.