Student Debt May Be Hurting the Economy 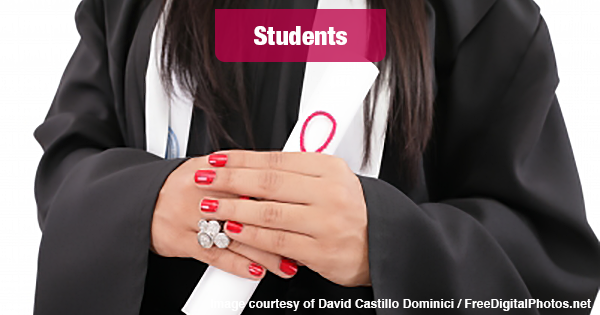 Many younger American adults are delaying major life events, (like buying a house), due to their having high levels of student debt, a new study finds. When this happens, the larger economy can suffer.

The study, from Bankrate, found that 56% of millennials with current or past student loans have delayed major life events because of their debt, compared with 43% of older adults.

Other recent studies have found that millennials are far less likely to have credit cards than Gen-Xers did at a corresponding age, and much more likely to prefer cash investing vs. the stock market.

Many people would find these traits to be virtuous, since they imply that this younger generation has learned the lessons of the Great Recession and — much like their forebears who lived through the Great Depression in the 30s – are wary of accumulating debt.

This is good news, to a point — but like it or not our economy runs on consumer spending and, (let’s face it), consumer borrowing. When an entire generation changes established patterns, such as family formation, home-buying and other big events), it can act as a drag on the economy.

Also, while it is refreshing to see a new generation that is savvy about debt, it is also worrying to see so many members of this generation drowning in it at such young ages. After all, members of the Great Depression generations weren’t known for carrying around large amounts of student debt.

Millennials aren’t just frugal and credit-shy, they are also credit-burdened right out of the gate due to their “doing the right thing” and getting a good education. This means that their tendency to avoid or delay some of the traditional “big steps” in life isn’t entirely voluntary.