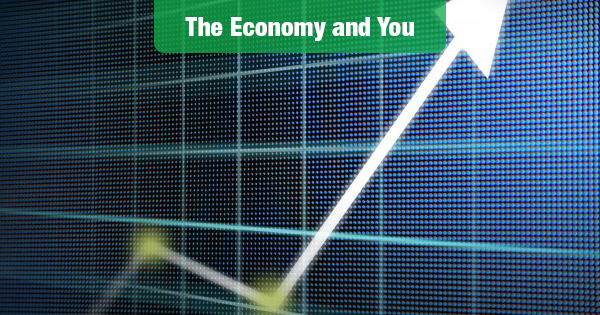 The economy grew faster in the first three months of the year than economists were expecting.

According to new data from the Bureau of Economic Analysis Real gross domestic product (GDP) increased at an annual rate of 3.2 percent in the first quarter of 2019.

That’s much stronger than the 2.5% economists were expecting.

The increase in real GDP in the first quarter reflected positive contributions from personal consumption expenditures (PCE), private inventory investment, exports, state and local government spending, and nonresidential fixed investment. Imports, which are a subtraction in the calculation of GDP, decreased (table 2). These contributions were partly offset by a decrease in residential investment.

The acceleration in real GDP growth in the first quarter reflected an upturn in state and local government spending, accelerations in private inventory investment and in exports, and a smaller decrease in residential investment.

These movements were partly offset by decelerations in PCE and nonresidential fixed investment, and a downturn in federal government spending. Imports, which are a subtraction in the calculation of GDP, turned down.