Stingy Does It: Americans Cut Back on Spending 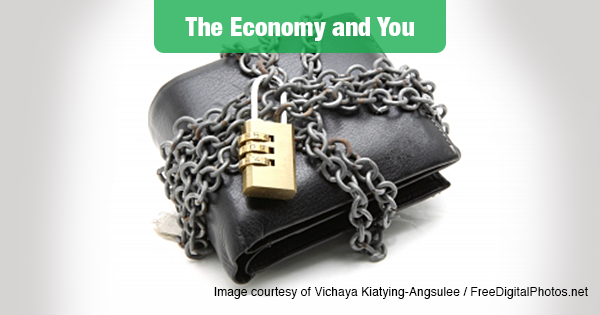 Hard times and sluggish income growth have taught Americans the value of frugality, a new study from Bankrate would seem to indicate.

In a recent survey, the company discovered that more than three in five Americans are limiting their spending each month, citing stagnant incomes and the need to save more as the main reasons.

Some Americans are cutting back on spending due to fears about the economy, or fears of piling up too much debt.

Bankrate found that Americans aged 50 to 64 are the stingiest, with more than 73% in this age group limiting their spending.

But millennials are the most likely to say they are cutting back in order to save more. This younger generation bore the brunt of the post-2008 hard times, and the experience seems to have given them a more cautious, frugal attitude toward money and spending.

This is a smart thing for them, but it may not be so great for the economy in the short term.

The U.S. economy is, after all, driven by consumer spending. Since the recession officially ended the economy has been stuck in the lower gears for the most part.

After clawing its way back to stability and growth in recent years, the economy is now slowing down again. Economist look to consumers to spend, but consumers remain wary.

What’s better, a growing economy filled with people spending beyond their means, or a sluggish economy in which people are looking after their long-term financial stability?

The millennials seem to be deciding this issue, on terms that favor future stability over short-term gratification.