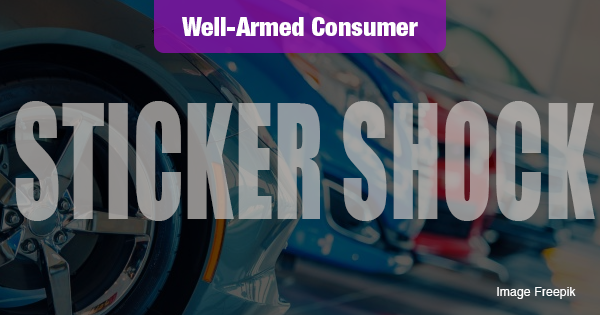 The analysts at Kelley Blue Book today reported the estimated average transaction price for light vehicles in the United States was $37,577 in December 2018.

“December closed out a very strong year for new-car prices, as they rose to more than $36,000 on average in 2018, a 3 percent increase,” said Tim Fleming, analyst for Kelley Blue Book. “Despite higher interest rates and incentives remaining flat year-over-year, this was the strongest growth in transaction prices since 2013. Average transaction prices were boosted in 2018 by tax reform and low unemployment, as well as the rapid ramp-up of Tesla and its Model 3.”

Excluding Tesla from the average, the rest of the industry rose 2.5 percent, a result more in line with the past few years.

The sales mix of cars dropping to 31 percent (from 36 percent in 2017) also played a role in rising prices, and as more automakers like Ford discontinue their car nameplates in favor of SUVs and trucks, the average new-vehicle price will continue to grow.