The Economy is Growing at a Subdued Overall, But Some Industries Are Doing Great 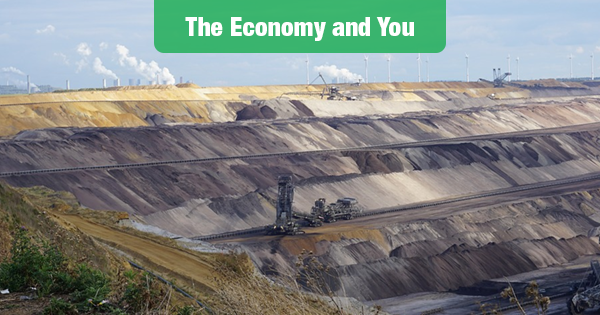 Real estate and rental and leasing; mining; and durable goods manufacturing were the leading contributors to the increase in U.S. economic growth in the first quarter of 2017.

According to gross domestic product (GDP) by industry statistics released by the Bureau of Economic Analysis, 13 of 22 industry groups contributed to the overall 1.4 percent increase in real GDP in the first quarter.

For the real estate and rental and leasing industry group, real value added—a measure of an industry’s contribution to GDP—increased 2.7 percent in the first quarter, after increasing 0.9 percent in the fourth quarter.

This was the twelfth consecutive quarter of growth and primarily reflected increases in housing, as well as rental and leasing services and lessors of intangible assets.

Mining increased 21.6 percent, after increasing 5.2 percent. The first quarter growth primarily reflected increases in oil and gas extraction, as well as support activities for mining. This was the largest increase since the fourth quarter of 2014.

So, we’re seeing strong growth in areas like manufacturing and mining. Work in these sectors tends to be relatively well-paid – and high-value to the economy. So, this is good.

Now, let’s cross our figures and hope to see 3+% growth in the near future.