Should You Use Emojis And Emoticons at Work? 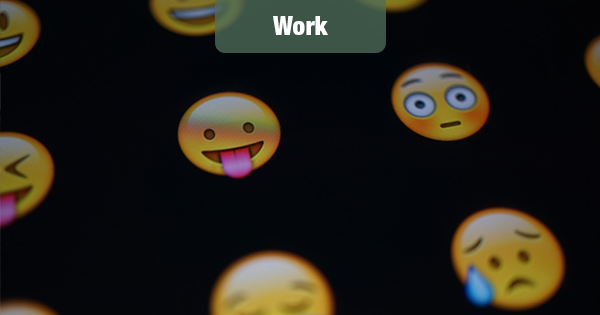 Do you ever receive business emails containing emojis or emoticons, and wondered whether the use of these friendly things is professional, or not. Some recent research sheds light on this light-hearted subject.

Staffing firm OfficeTeam set out to learn what senior managers thought of the use of emojis or emoticons in a work context.

In a survey, nearly four in 10 (39 percent) senior managers said it’s unprofessional to include emojis or emoticons in work communications.

However, 61% stated it’s OK, at least in “certain situations.”

For instance, 21% agreed that the smiley face was fun and 40% thought that the OK hand sign is fine in certain situations.

But 39% said that the “thumbs down” is clearly unprofessional

Workers were divided as well, with 19% saying they use emojis or emoticons all the time, but 33% saying they never use them.

Twenty-two percent of workers 22 use them sparingly.

Confused? OfficeTeam suggests that you follow these five tips:

One other thing: you may be tempted to use emojis or emoticons in an ironic fashion, but keep in mind that irony doesn’t really come across to most people. They’ll think your smiley faces and winks are actual reflections of your mood and professionalism.