The Strong Bond Between Military Veterans and Their Service Dogs 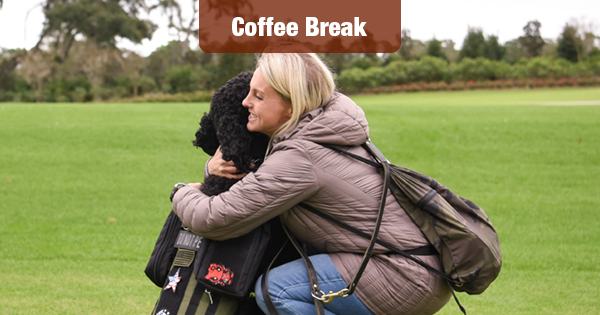 K9s For Warriors, the nation’s largest provider of Service Dogs to disabled American veterans, is highlighting the publication of a new study in the journal Frontiers in Veterinary Service.

The study, conducted by the Purdue University College of Veterinary Science, validated the commonly held belief that veterans with Post-traumatic Stress Disorder (PTSD) enjoy an unusually strong bond with their Service Dogs.

This study also found that Service Dogs – or in the case of K9s For Warriors, rescue dogs trained to be Service Dogs – enjoy working and show no signs that being a “working dog” dampens their enthusiasm for life.

The findings affirm that the average human-animal bond between veteran and service dog was observed to be 5.8 (on the Inclusion of Other in the Self-Scale, a 7-point scale) while dog owners typically score less than 4 on the same scale with their pet dogs.

The service dog program is unique and offers an innovative approach to recovering from the invisible wounds of war. Two lives are transformed with each pairing: the veteran reduces his/her risk of suicide while the rescue dog receives a newfound purpose.

Find out more at k9sforwarriors.org.