Scientists Get Closer to an Ebola Vaccine 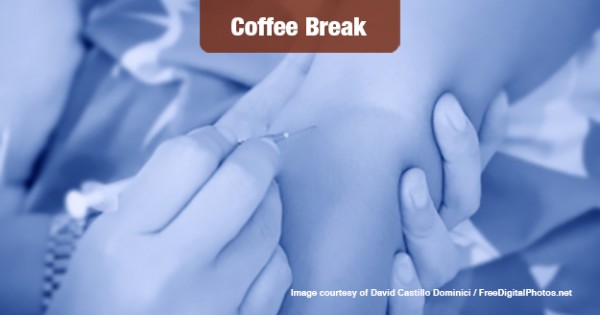 Researchers are racing to develop a vaccine to fight Ebola, and some new research suggests that they may be coming close.

In November, the NIH’s National Institute of Allergy and Infectious Diseases (NIAID) and drugmaker GlaxoSmithKline announced that an experimental vaccine to prevent Ebola virus disease had shown promising results in a phase 1 clinical trial.

Participants in the trial — which was conducted by researchers from the National Institutes of Health — included 20 healthy adults. According to the researchers, the vaccine was well-tolerated by the participants, and produced immune system responses in all 20 subjects.

This is a big deal, since an effective vaccine could stop the spread of this disease in its tracks.

On December 18, the World Health Organization (WHO) said that a more advanced Phase 2 trial of the vaccine is set to begin in February.

Officials from Cameroon, Ghana, Mali, Nigeria, and Senegal requested additional information about the GSK vaccine this month, indicating that they are preparing for some kind of involvement in its development. According to WHO, these countries would likely host the Phase 2 trial.

This trial would be much larger than the current Phase 1 trials, and the findings would therefore be more conclusive in determining whether this vaccine really works. If it does, the world will breathe a collective sigh of relief.