The Collapse of the Salon Industry 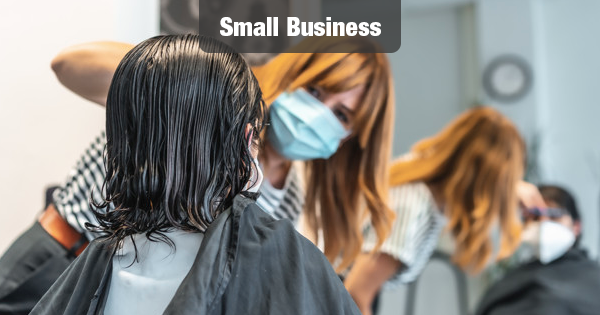 It’s a sad fact of the COVID-19 crisis that some small businesspeople have been hit harder than others have. Among the hardest hit have been owners of beauty salons. A new report from the Professional Beauty Association shows just how bad it is for its members.

According to the Association, there are over 1.2 million salons in the United States, but now, due to the COVID-19 pandemic, hundreds of thousands of salon owners and stylists are out of work.

For those who are still operating, revenue is down over 50% in the first half of 2020.  Between February and April 2020, the number of jobs at employment-based salons dropped by 84 percent, according to data from the Bureau of Labor Statistics.

Only 93,000 people were on payroll at employment-based salons in April – down from 569,000 in February. This represents the fewest number of salon jobs in well over five decades.

Eighty-three percent of salon businesses have fewer than 10 employees. These small businesses, owned 60% by women and 34% by minorities, employed a workforce of roughly 1.3 million professionals. Salons are the hardest hit, and last to reopen.

With the newly released Commerce Department’s initial estimate of the 2nd quarter US gross domestic product having the steepest drop in more than 70 years, these numbers are sure to vastly increase.

The Association is calling on the government to help its members. Unfortunately, the Senate has been unwilling to put together a second round of stimulus measures. We’ll see if there’s a last-minute deal made, but if the results of the first round of stimulus are any indication, it may not be enough.