Robocalls Are On The Rise, Along with the Scams they Bring 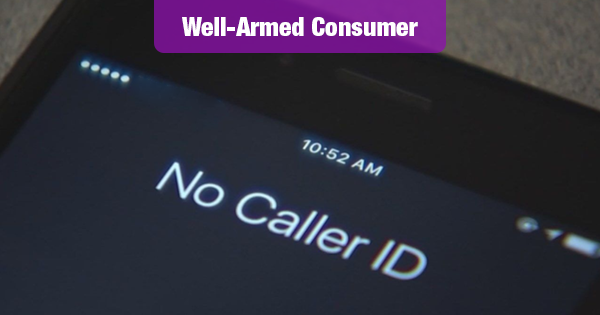 Scams are rising as consumer are hit by nearly 2.5 billion robocalls nationwide, according to anti-robocall telecommunication services provider YouMail.

YouMail said that an estimated 2.49 billion robocalls were placed to U.S. consumers last month, marking a 4.1% increase since September.

This translates to an estimated 80.5 million robocalls placed every day.

Over the first ten months of 2017, Americans have been hit by nearly 25 billion robocalls to reach the pinnacle of a very familiar problem, or roughly 100 robocalls for every adult in the country.

These figures come from YouMail, a free solution for both mobile and landline that helps consumers stop robocalls from ever reaching their phones.

Many robocalls are placed by scammers employing a number of malicious tactics to prey on consumers.

Look Out for These Common Ploys Scammers Use

YouMail said it thwarts these scam callers by making sure the phone doesn’t ring and then playing an out of service message, leading scammers into believing that the number they dialed is invalid.

“Anybody who uses a phone has had a bad robocall experience. It’s become a major problem. For instance, over 80 million student loan scam calls were placed to Americans last month,” said Alex Quilici, CEO of YouMail. “We advise people to ignore calls from unfamiliar numbers, but a better answer to the problem is the use of robocall blocking apps. That way, the scam calls quietly disappear.”

The YouMail Robocall Index is a compilation of the scope and location of the worst robocalling hotspots across the country by area code.

Atlanta the Most Robocalled City in America

For the 23nd month in a row, Atlanta was the Most Robocalled City in America with 109.7 million calls received. Georgia is a hotspot of robocalling activity, with four local area codes making the list of most-called regions.

Robocalls are a true bane to the Southern United States, with twenty-two of the cities (44%) on the list of 50 Most Robocalled being based in that region.

Moreover, the two newcomers to the Top 50 Most Robocalled Cities in America were San Antonio, Texas, coming in at #33 and Little Rock, Arkansas, moving up to #46.

San Antonio was the top mover on the list, jumping eighteen spots in the rankings to join Dallas (#3), Houston (#6) and Austin (#32).

Texas reclaimed its lead over California as the most-robocalled state in the month of October. Texas received 280.3 billion robocalls during the month.

The robocall scourge shows no signs of abating, with 62% of the Most-Robocalled Cities in America seeing a month-on-month increases in robocall volume in the month of October.

California made some 196.1 million robocalls in October—a 5.6% increase from September—to claim the top spot as the most-prolific robocalling state. Interestingly, Wyoming and Vermont both saw month-to-month growth in outbound call activity, increasing by more than 50%.

The Washington, DC 202 area code was the #1 area code making non-toll free robocalls in September, with 38.3 million calls placed. The 614 area code in Columbus, Ohio, was the #2 area code, 614 with 26.1 million outbound calls.

Find out more at robocallindex.com.