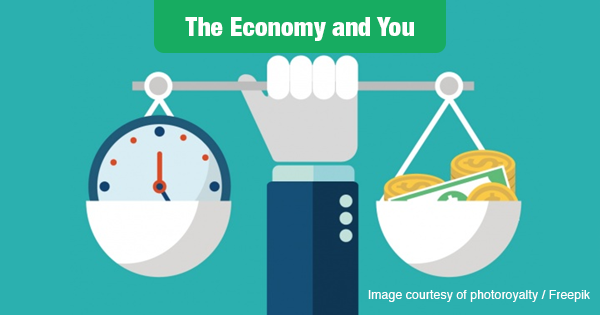 Change is happening in 2017. Not only do Americans have a new President, but the economy seems to be evolving beyond the “new normal” of super-low interest rates created in in the wake of the financial crisis.

Think about it: we’ve now gotten used to having 4% mortgages and super cheap car loans. Banks have gotten used to being able to access funds nearly interest-free.

All of this seems to be changing – and a growing number of Americans are getting worried.

According to a recent survey from Bankrate, 49% of Americans say they are concerned about rising interest rates in 2017.

“Fears have grown since last year when 41% of respondents noted their concern regarding increasing rates. The most common reason for worry among respondents was the effect of rising interest rates on the stock market (21%), up from 16% in 2016.”

These are valid concerns, but they need to be put in perspective.

After all, interest rate increases are being driven by a healthier U.S. economy that now enjoys a pre-recession unemployment rate and rising wages.

Also, this rising rate environment should translate into a more favorable climate for savers.

This is not to say all will be peaches and sunshine; higher interest rates could certainly have some negative effects for both investors and consumers.