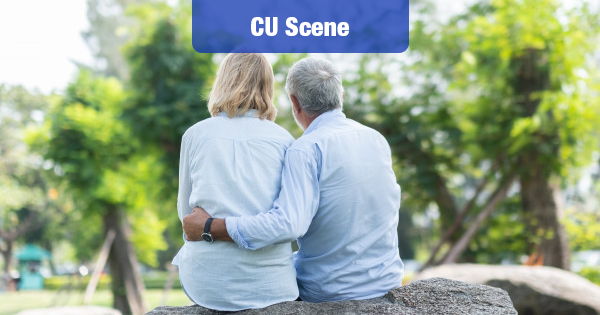 Nearly 1 in 3 people approaching retirement age (28%) think they’re more likely to learn Bigfoot is real than to save enough to retire comfortably, according to a recent survey from AARP and the Ad Council.

To empower more Americans to take steps to get on track with their savings, AARP and the Ad Council have announced new public service advertisements (PSAs) and resources on AceYourRetirement.org.

7 in 10 Americans (68%) approaching retirement have less than a year’s income saved for retirement, according to the National Institute on Retirement Security.

The new PSAs make saving for retirement less intimidating by evoking the nostalgic and playful tone of children’s educational TV shows from the 1970s and ’80s.

“Knowing how to save for retirement is as fundamental as learning your ABCs,” said Lisa Sherman, President and CEO, the Ad Council. “By bringing creativity and humor to an issue that often seems daunting, we hope to inspire more people to take charge of their financial futures.”

The PSAs introduce viewers to “Avo?,” the digital retirement coach from AceYourRetirement.org. By offering a first-of-its-kind interactive chat experience, the site is designed to inspire confidence and action.

The PSAs will appear in donated media nationwide in TV, digital, out of home, radio, print, and social-optimized video formats. The music for the TV and radio spots was composed by Gary William Friedman, music director of “The Electric Company.”

“Translating the style of nostalgic educational programs into content and formats for today’s social and digital platforms was easily one of the most inspiring challenges we tackled in 2018,” said Kerry Perse, Managing Director, OMD Create. “We are thrilled with the output and grateful for our collaboration with the Ad Council and AARP.”

AARP and the Ad Council’s “Saving for Retirement” campaign launched in July 2017 and the national PSAs have since received over $37.5 million in donated media support. Hundreds of thousands of people have chatted with Avo on AceYourRetirement.org, resulting in more than 189,000 personalized retirement savings action plans.

Do you want to know another easy-peasy way to get your retirement act together? Go see your credit union. When you join a not-for-profit credit union, you become an owner. Your CU will show you how you can save more starting today.