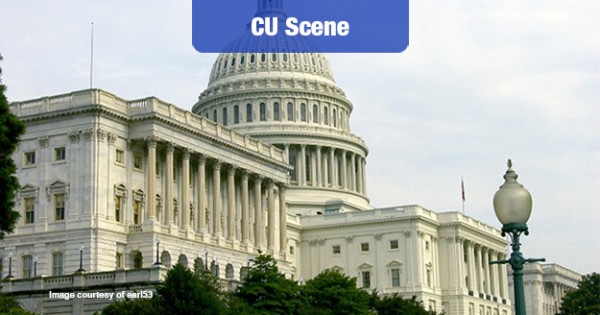 Representatives of America’s Credit Unions are coming to Capitol Hill to let lawmakers know what they think of the current regulatory environment. (Big hint: They don’t like it much.)

In his recent opinion piece for The Hill, “Stop regulatory creep on credit unions,” Credit Union National Association (CUNA) CEO Jim Nussle complains that CUs have been saddled with more than 190 regulatory changes — from nearly three dozen Federal agencies — since the financial crisis.

This ratcheting-up of regulations threatens to swamp many CUs – particularly the smaller ones.

Nussle points out that the reason for all this new regulation – the financial crisis – was in no way caused by credit unions.

He’s right, of course. CUs are not-for-profit collectives that serve communities. They don’t have investment banking arms. They don’t use deposited funds to gamble on risky securities. CUs didn’t have anything to do with causing the financial crisis – and yet they are burdened with the regulatory consequences of the crisis.

Berger said that, since 2007, the number of credit unions has declined by 21%.

Much of that decline was brought about by a financial crisis that CUs didn’t cause, a regulatory response that CUs don’t deserve — and lack the resources to cope with.

For its part, the National Association of Federal Credit Unions (NAFCU) has compiled a “top 10” list of regulatory requirements that, it said, should be eliminated or amended.

Credit union members (that means you) can do their part by letting lawmakers know how they feel about these issues. If you feel that CUs are being made to pay for problems they didn’t cause, let your elected representatives know about it.