Productivity Increases in the U.S. 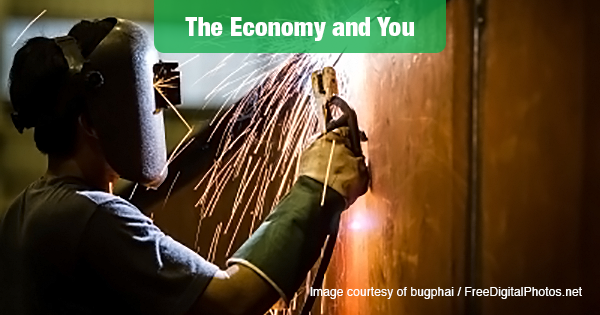 Business leaders and economists have been genuinely concerned about the slumping productivity rates seen in recent years. This week, they’re letting out a collective sigh of relief.

Rising productivity has been a big driver of economic growth in recent decades. When businesses can produce more goods and services using relatively less labor, their profits increase. This leads to higher investment, and growth.

However, the decades-long virtuous cycle of increasing productivity leading to higher growth took a breather in recent quarters. Productivity growth has slowed dramatically, and no one really knows why.

Last week, the government’s Bureau of Labor Statistics released new productivity numbers for the third quarter. It seems that things have improved.

Nonfarm business sector labor productivity increased at a 1.6% annual rate during the third quarter of 2015, as output increased 1.2% and hours worked decreased 0.5%.

This was the first decline in hours worked seen since the third quarter of 2009.

Productivity jumped ahead in the July-September period after experiencing very slugging growth for the previous year. This is good news, since it emboldens business leaders to invest in expansion, and hire more workers.