Paying the Toll for New Infrastructure 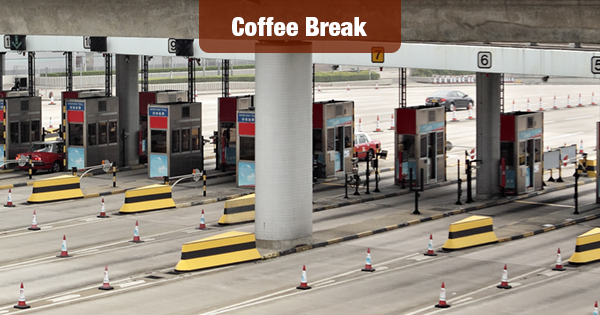 Toll roads are back in the news, as different proposals for rebuilding America’s infrastructure are floated.

One way to build new roads and bridges without huge outlays of taxpayer money involves private investors building roads, and then charging tolls to make back their money.

This has been done with varying degrees of success in some states – particularly over the past few decades.

However, as the U.S. Census Bureau points out, toll roads themselves are nothing new. Most of them were, in fact, built using taxpayer funds.

The first automatic toll collection station went into service in November, 1954. It was installed at the Union Toll Plaza on New Jersey’s Garden State Parkway.

Motorists dropped coins into a wire mesh hopper, triggering a green light that told them to go ahead. The idea soon caught on at toll roads around the country, reducing the number of booth attendants and propelling cars and trucks on their way.

Other U.S. routes and state roads have tolls, but the 5,500-mile total is still just a tiny fraction of the more than 4 million miles of roads in the nation.

So, tolls can also be a way for governments to fund the building and maintenance of infrastructure. They haven’t been employed much to pay for Federal building projects, so far.