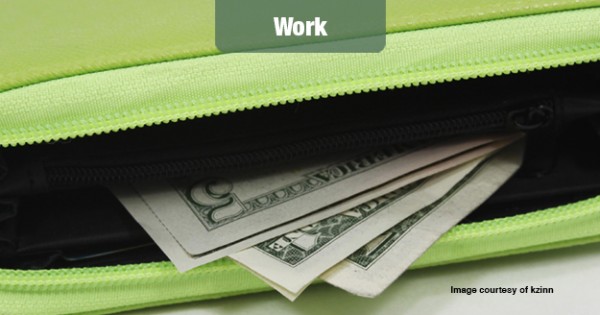 Wages and benefits rose at a slower pace during the last three months of 2014 than they had all year, according to a U.S. Bureau of Labor Statistics report released last week. This was the case despite the strong growth in jobs reported during the period.

BLS said that wages and salaries increased 0.5% during the period – which was down from the 0.8% gains seen during the previous three months.

This is particularly troubling, given that the economy was adding jobs faster during the fourth quarter of 2014 than it had in years. In a report, Bloomberg points out that workers seemed to lose bargaining power even as the pace of job growth accelerated.

Slow wage growth is one factor that keeps economists from declaring the 2014 economy as a big success story. For most Americans, it’s been a decade of sluggish wage growth – which followed a decade in which it was merely lousy.

What does it say about the economy when wage growth slows during a time when labor markets should be tightening? One clue lies in the labor participation rate, which has dropped to mid-1970s levels.

As the economy adds more jobs, many of those jobs are taken by workers that had been sidelined for years following the economic collapse. In other words, labor markets aren’t really tightening yet.

It will take many successive months of strong job growth to “soak up” the millions of jobless who are still on the sidelines. Only then will markets tighten and wages rise in a healthy, happy fashion.