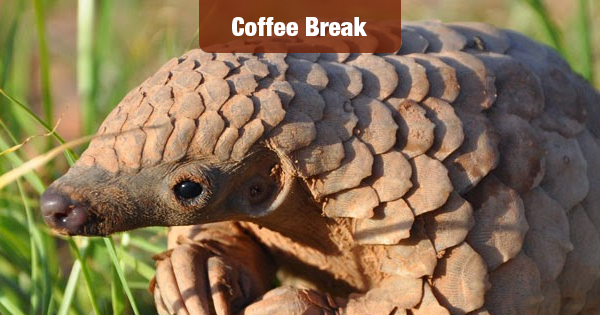 At first glance, you wouldn’t think of the Pangolin as the kind of animal that poachers would find valuable. However, in some parts of the world a Pangolin is worth its weight in gold.

Market demand for the scaly African anteater has caused an estimated 1,100,000 pangolins to be trafficked globally from 2006 through 2015, according to animal rights groups.

Most of the demand comes from East Asia – most notably from China and Vietnam. In those countries, the meat and scales of Pangolins are used in traditional medicine.

The increasing wealth of these countries has led to an increasing demand for valuable animals. Demand for African elephant tusks, for instance, is threatening the very survival of these great beasts.

However, it is the rapid decline in the Pangolin’s numbers that last year prompted Born Free USA, the Center for Biological Diversity, Humane Society International (HSI), The Humane Society of the United States (HSUS) and the International Fund for Animal Welfare (IFAW) to petition to protect the species.

These groups would like the Pangolin to enjoy U.S. Endangered Species Act Protection.

Fortunately, the U.S. Fish & Wildlife Service, having reviewed the petition, is inclined to agree with the animal rights groups.

Government protection could lead to a reduction in Pangolin-poaching for the U.S. market. This is significant, since nearly 30,000 imports of pangolin products were seized in the United States between 2005 and 2014.

For now, the scaly little Pangolin is still very much in danger.