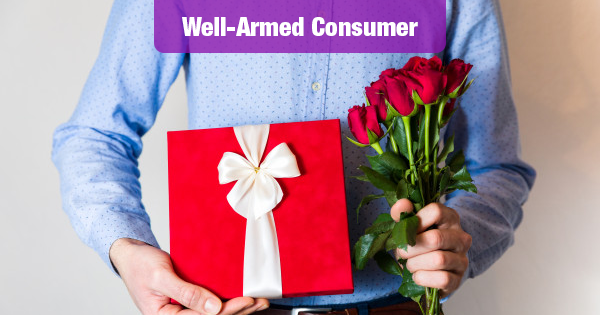 Americans tend to overspend for Valentine’s Day, according to the results of a survey released by online loan marketplace LendingTree.

The survey probed how people in committed relationships will be spending their money this Valentine’s Day.

Men and women both have the same expectations for how much their partners will spend on them this Valentine’s Day: $39, on average. Men are planning to spend almost two and a half times what their significant others (of either gender) expect from them.

Those who are engaged plan to spend the most on average, at $92. People in the dating stage plan to spend $88, and married people plan on spending $57. Those dating expect their partners to spend $5 more, $44 while married and engaged folks expect a touch less, about $38 on average.

People with auto loans, mortgages and substantial credit card debt plan to spend less for Valentine’s Day then people with student loans, personal loans or no debt at all.

Generation Z plans to spend the most ($113), millennials expect the most ($49) and nearly 1 out of 3 boomers would be upset if their partners spent too much.

Only 41 percent are looking forward to Valentine’s Day, another 5 percent are dreading it, but most don’t care one way or the other.

What couples want most this Valentine’s Day

The most desired gifts for this holiday are classics, such as dining out (32 percent) or receiving a card (29 percent). In fact, the third-most desired gift is no gift (24 percent). Only 6 percent want a large gift, such as jewelry or electronics.

Men and women also hope for different gifts. Women were more likely than men to want a dinner out (36 percent), flowers (31 percent) or chocolates or candy (25 percent) for the holiday.

Overspending on Valentine’s Day could be the riskier move

For those not sure how much is appropriate to spend on their partner for this romantic holiday, the survey shows that keeping costs low could be the safer bet for everyone.

Dating vs. married: Which couples spend the most on Valentine’s Day

What people in committed relationships spend for Valentine’s Day also varies according to how far along the relationship is: dating, engaged or married.

Those in the dating stage had the highest expectations of their significant others on Valentine’s Day. They expected their partners to spend the most on them for this holiday, $44 on average.

People who are married and engaged had similar expectations of their partners, expecting to receive Valentine’s Day gifts worth $44. When it comes to what they plan to spend, however, engaged people are spending far more than those who are married, at $92 and $57, respectively.

Respondents who are part of Generation Z, plan to spend $113 on average for Valentine’s Day —  at least $20 more than any other age group. Millennials are the next-highest spenders for the holiday, planning to drop $83 on average.