Obamacare, and the Tax Implications of Boomerang Kids 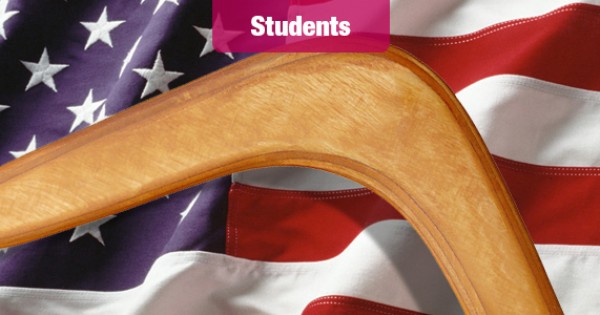 The Affordable Care Act (a.k.a Obamacare) may create some unique tax considerations for parents whose adult children have moved back in with them (Boomerang Kids) due to the still-struggling economy, according to a new study by tax preparer Jackson Hewitt.

Around 12 million young adults moved back home with their parents during the recent recession, the firm said. Jackson Hewitt cites research showing that around 29% of parents with adult children report that a child has moved in with them because of the economy. Many of them lack health insurance coverage of their own, and are ineligible to be on their parents’ employer-provided plans.

One of the new benefits of the ACA is that adult children up to age 26 can remain on their parents’ health plans. But Jackson Hewitt says that eligibility under the ACA can vary significantly from case to case, depending on an adult child’s age, tax circumstances and state of residence. By remaining uninsured, the firm says, an adult child could expose his/her parents to tax penalties.

The report describes a hypothetical example of an unemployed 28 year old moving back in with parents who live in New Jersey. The complications in the example arise from factors including the state’s unique regulations, the expansion of Medicare eligibility under the ACA, privacy laws covering the adult child’s insurance and income status – and other factors. The upshot is that the father may face tax penalties due to ignorance about the complexity of the new law.

The father may therefore not even realize he is taking on tax liabilities, and, (given the complexities in the law,) his accountant might not know, either.

The good news is that ACA can offer opportunities for both the adult child and his/her parents to obtain coverage. But everyone involved needs to deal with the issue of being uninsured since there are new tax penalties imposed by the law on those who choose to go without insurance. These penalties are currently pegged at a low level (usually around 1% of income in 2014) but will almost surely to go up in the years ahead.
Adult children should therefore not assume that their decisions only affect themselves, and parents should check into how the new law changes things for them even if they have coverage through work.